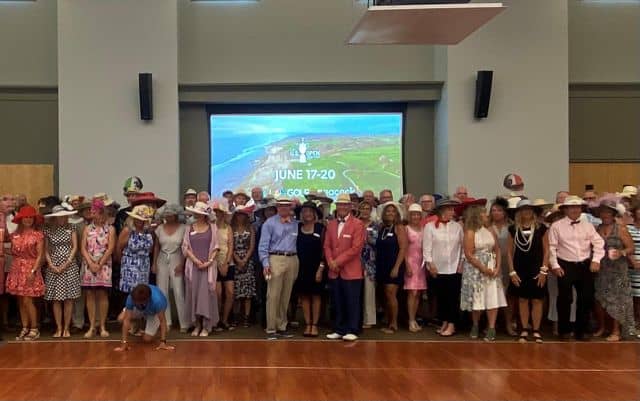 On Saturday, June 5th, 120 participants arrived at our Belmont Stakes party, which was held at the St. James Community Center.

Most arrived as requested in Kentucky Derby like attire, and each person was given a plastic race horse as a marker for our table top race. There were twenty racetracks and horses advanced using a combination of dice rolls, trivia questions, and dexterity skills.  Prizes were awarded to the top 7 finishers.

Everyone was also given the opportunity to bet on the actual race, using play money, before the event began.  The race was broadcast live from a drop-down screen at the Community Center, and more prizes were awarded to the top seven finishers in this contest.

There was also an award for the best hat, which went to Debbie Wersosky.

Keith and Terene Knauer ran the party with help from the Blochs, the Bris-Boises, the Salvadores, the Leeds, the Pedones, the Rooneys. the Hughes, Rick DePetris and Camilla Desmarias, all of whom acted as coaches for the tabletop races.

We had a new DJ from Myrtle Beach, and there was dancing throughout the evening.

Please see the pictures below for some of the action shots taken during the event!

Thanks to all who came to participate in a “cool” evening on the St. James Beach on Oak Island on Tuesday, April 20th. A nice fire pit warmed those who were a bit chilled! The added ambiance of Tiki torches was nice, but unfortunately too windy to light the sky!  Music was in the air, along… 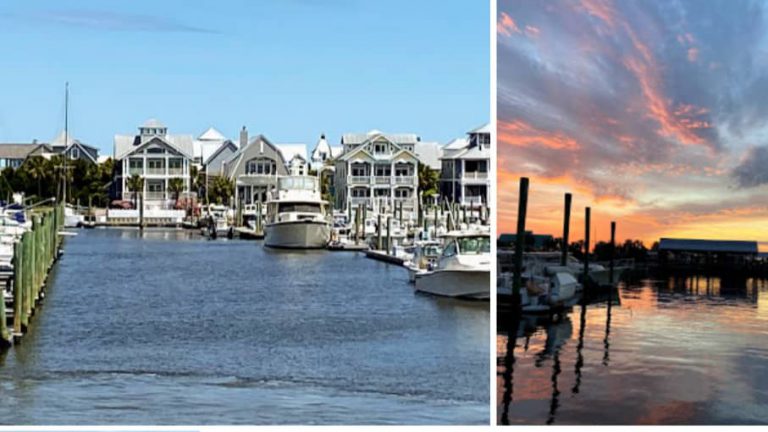 Wonderful Weekend on BHI! The weather was beautiful, the ocean was blue, and fun was had by all! A total of 14 sailing and cruising boats made the trip! On Friday, the early attendees had lunch together at Jules’ outside patio. Some were new members, so it was nice to have the opportunity to meet… 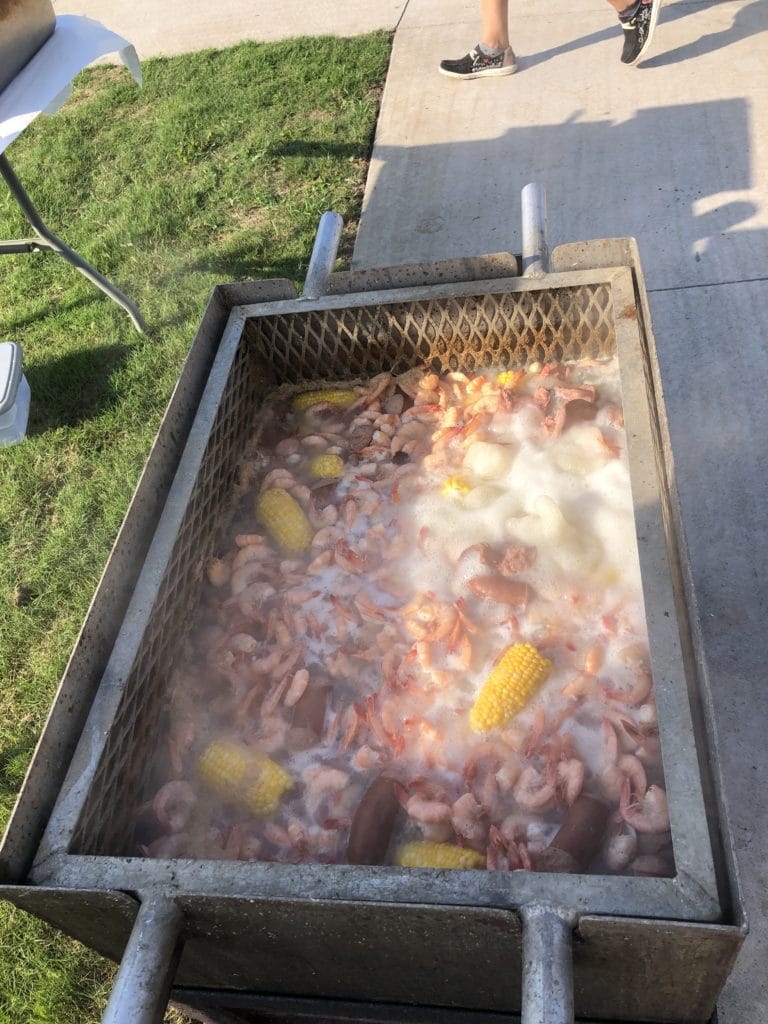 SSBC visited Georgetown the weekend of June 18.  We had members arrive by boat (8 boats), by car and by RV.  On Friday evening we celebrated two christenings over seen by Padre Sea Ray Rampy.  We christened “Seanchi”-the Rudden’s boat and also the Arndt’s RV …. affectionately named “Camping Buddy”. Following the festivities, 28 members… 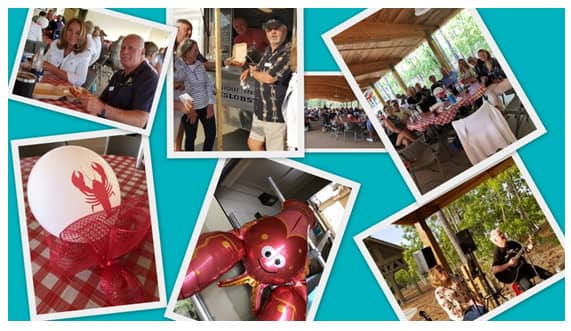 A wonderful evening of music, food and fun was shared last Thursday evening (4/29/21) at the Joe Loves Lobster Event. Ninety-five members were in attendance. The Woodlands Pavilion provided a perfect venue for the affair even though the gusty winds presented a challenge to keep the tablecloths and centerpieces in place. Everyone seemed to enjoy the food served from…